Christmas invaders
Arriving from distant star
Ruin festive plans
Say: Take us to your stockings
Upset as no batteries 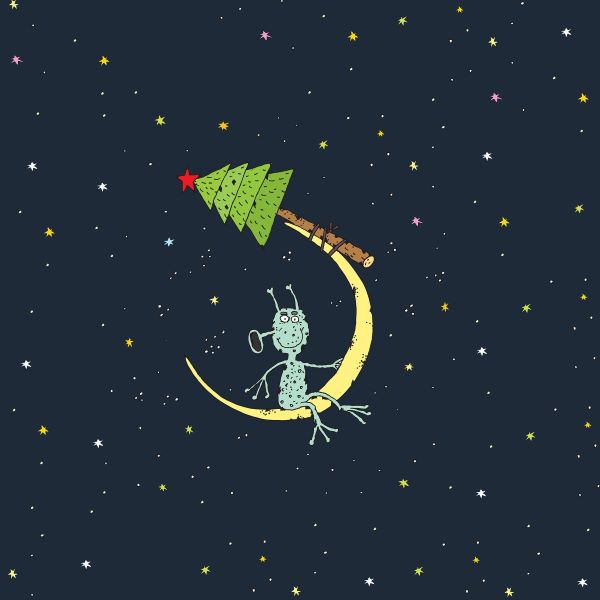 A Green Christmas
By Mark Hudson

On Christmas we were hoping for snow,
because our spirits were rather low,
but down our chimney came a guest,
with presents held tightly to it’s chest.

It was not Santa from afar,
it happened to be a man from Mars!
With green skin and a helmet fish tank,
I thought this was some kind of prank.

“Greetings, Earthlings! I come in peace!
Your cookies will leave me obese!
Don’t hand me those vanilla wafers!
Don’t you want to see my light sabre?”

i admit, we were rather alarmed,
but we didn’t feel it would do us harm!
“”Oh, Martian, we don’t think you bring peril,
join us for some Christmas Carols!”

We got him to try a bit of eggnog,
but he gave the rest to our dog!
The dog even chose to ignore this drink,
and then the Martian gave us a wink!

“Behold, I must bring others some presents!’
then he escaped in a light of effervescence!
Oh he was brighter than our Christmas tree!
Thanks to you, guest from another galaxy!

The pattern was first detected in Bangor, Maine. Doctor Theo Vance is credited with the discovery, although he readily acknowledged the assistance of several neighbours in his cul-de-sac. Drives in nearby additions, as well as consultation with two colleagues who lived in Bangor’s northern suburbs, and inquiries of a dozen patients confirmed his initial observations: strings of Christmas lights around town were flashing in the same pattern!

The pattern was without variance from dusk til dawn. One flash of blue, then one of green, one of red, three of white, a two second pause, followed by two flashes of blue, two of green, two of red, three of white, a seven second pause, then the pattern repeated. Curiously the pattern did not manifest itself if the lights were turned on during daylight hours.
A defect common to the lights was ruled out as the strings were of different manufactures and had been purchased from diverse retail establishments. A flaw in the power grid also seemed unlikely as the strings were engaged on several different circuits.

Dr. Vance called his college room-mate, who owned and operated a bed-and- breakfast in Portland, to see how widespread the anomaly might be. Forty-five minutes later Thomas Smithe called him back to confirm that the Christmas lights in Maine’s largest city were manifesting the same pattern: one blue flash, one green flash, one red, three white, a two second pause followed by two blue flashes, two green flashes, two red, three white, a seven second pause, then the pattern repeating without cease. The media finally took note of the phenomenon when the lights on the state’s official Christmas Tree at the Governor’s Mansion in Augusta displayed the same pattern.

Then the area of “infected” lights seemed to grow exponentially: many small villages in New Brunswick; the ski lodges of New York’s Catskill Mountains; all of Quebec; the shores of each of the Great Lakes. The Atlantic Ocean proved no barrier: lights on both sides of the Welsh/English border displayed the pattern, as did those at London’s Piccadilly Circus, the Champs-Elysees in Paris, the Oise Canal, all the bridges spanning the Tiber at Rome, and Russia’s Kremlin and Hermitage.

By now the pattern was a genuine world-wide phenomenon, with social media pages and hashtags dedicated exclusively to it. There were as many theories to its origin and significance as there were theorists. Some felt it was an elaborate hoax, others a computer hack spun out of control, still others a case of mass hysteria or hallucination. Millenarian theologians saw a message (certainly admonitory) from God. Conspiracy theorists detected a plot of the all-pervasive One World Government. Others felt it was an atmospheric disruption caused by climate change or just a cultural craze akin to the ‘Crop Circles’ of the 1990’s or the mysterious steel monoliths of the Pandemic Year.

The phenomenon took an astronomical turn when observatories in California and Peru independently confirmed that the two and seven second pauses precisely coincided with a pulsar on the Belt of Orion. Was this an extraterrestrial greeting… or warning?

The United Nations and many national governments organized commissions of inquiry, but any results disappeared down the labyrinthine rathole of bureaucracy.

The pattern did not suddenly stop, it faded away like a season. As strings of lights were taken down and boxed up in storage after the New Year, it became less pronounced. Perhaps the public just became bored with something passe. The last confirmed observation of the pattern was near Lovich, Bulgaria in late March. Whether the pattern returns must be patiently awaited until late next Fall when strings of Christmas lights make their annual appearance.

One has to wonder if the solution to this mystery lies inside those boxes containing roll upon roll of tiny glass bulbs and electric wires… or, is it somewhere out there? 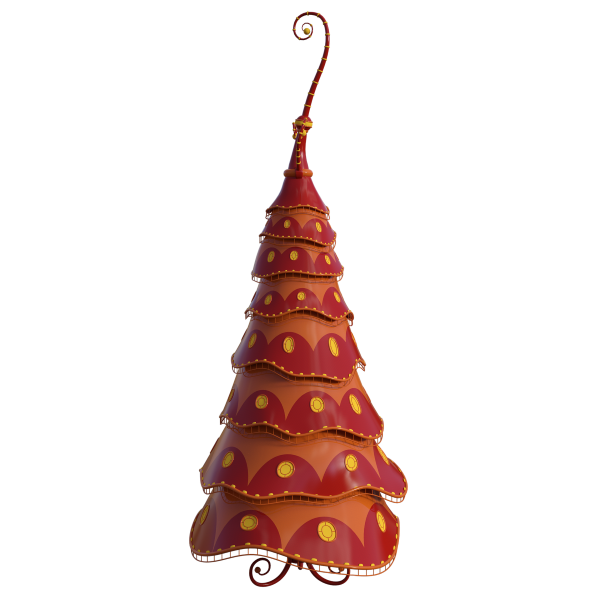 An Alien For Christmas
By DJ Tyrer

I found an alien for Christmas
Just like a Christmas Tree
Only not
It’s great fun to be with
And, when the Men In Black come snooping
It just stands in the corner
Innocuous

Home Invasion of the Complete Bastard from Outer Space: A Yuletide Verse
By Harris Coverley (after he had a few)

Got an alien for Christmas — what a to-do!
Put a festive jumper on him and he screamed “Screw you!”
He tore it right off and ran up the wall
Then he swung from the light and kneed me in the balls

Got an alien for Christmas — and he made a play for the girlfriend!
Ten hands is a lotta hands — she thought it’d never end!
He got real narked and puked up some more
Now he’s crying face down on the kitchen floor

Got an alien for Christmas — and the bastard has gone
We registered our close encounter — the ‘kind’? Minus one.