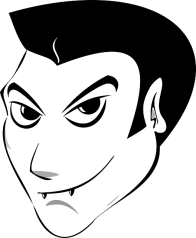 The evening had been planned to perfection
Every detail a century of care
But, the Valentine’s date was a flop
And, Dracula was getting nowhere
The problem, you see, was his ex
Against whom he was forced to strive
In his attempted evening’s wooing
And, when I say ex, I mean ex-alive
His ex-girlfriend’s ghost at the table sat
Freshly risen from her untended grave
Determined to ruin Dracula’s date
By showing his new nibble that he was a knave
The evening was a disaster
You really have to feel sorry for poor Drac
Who was stuck, alone, with the bill, and yet
Got neither goodnight kiss, nor late-night snack

Lover of Man, Lamia of Lust
By Harris Coverley

“For her house inclineth unto death, and her paths unto the dead.
None that go unto her return again, neither take they hold of the paths of life.”

A purpose clear:
To shadow Him
To love Him
To obey and kneel before Him
To suck and fuck
And take the seed of Man
To grow the fruit of purest love and fealty
And spread our progeny through
That Garden of Perfection

I’ll have my revenge yet
Oh yes…

It will be sweet
And the Fall eternal

There’s a place you can go
Where the ladies don’t say no,
If you visit it quite often
You’ll end up in a coffin.
It’s your last resort
If your money is short
They offer discounts and deals,
On ladies in high heels.
A penny saved is a penny earned
Some have gone in, and since not returned!
It’s run by a Madame from the Mob
She’s known to be somewhat macabre
And that if you don’t pay,
You won’t know what to say
You’ll cough up the cash
And they’ll give you a gash.
There’s a harlot there some men admire
But they do not know that she’s a vampire
If she sinks her teeth into your neck
You’re going to be a nervous wreck
And you will join the land of the dead
But you’ll just end up living, instead.
Heed my warning, avoid this trap
Besides, you just might get the clap
Or be bitten by a vampire’s fang,
Or beaten by the mobster’s gang.
Safe sex takes on a whole new level
When it comes to creatures of the Devil!
You can go there, if you insist
But a vampire shouldn’t ever be kissed
So,, I will not visit this place
Consequences I won’t face
And if you go, stay away from me
From hell on Earth you’ll never flee! 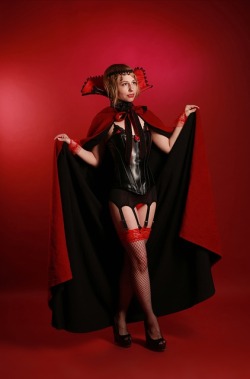